This week I thought I would mix it up a bit and drive up to Salt Lake County and visit some of the peaks that I love to ski in the winter.

Here was my planned route:

And here is my GPS track:

From Wildcat Base, views of Mount Superior are hard to ignore:

The first two and a half miles (I did this loop counter-clockwise, starting at Wildcat Base) follows the Collins service road to the top of the Wildcat lift. This is a gentle climb. 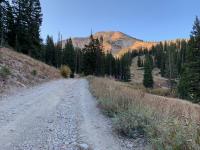 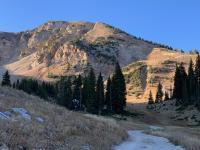 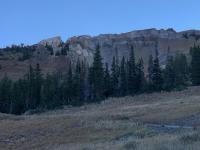 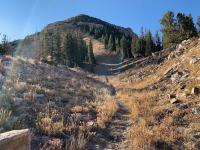 The next mile to the summit of Mount Baldy is steeper, but the trail is clear, clean, and has lots of little switchbacks.

All done! From Wildcat Base to Mount Baldy summit took about an hour and a half, and nearly all of the elevation gains for the day. 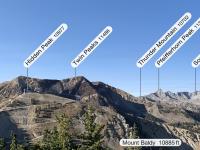 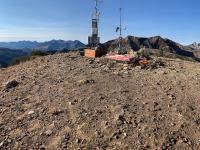 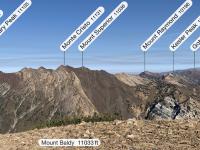 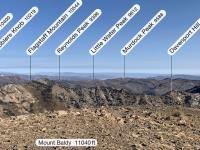 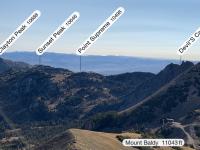 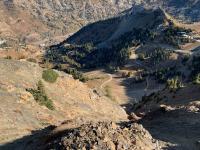 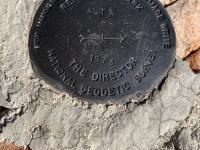 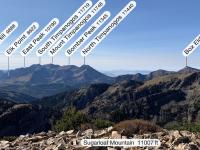 The next section from Mount Baldy to Sugarloaf was fairly clean to hike, other than a little confusion as I got to the bottom of the east shoulder of Mount Baldy. The route stays to the left in this image:

The climb up Sugarloaf Mountain from the saddle (the top of the Sugarloaf ski lift) only took about 15 minutes. The trail continues along the ridgeline to the east side of Sugarloaf toward Devil’s Castle; the trail is easy to follow but as you approach the peak on Devil’s Castle, it starts to get a bit dodgy. The peak itself requires a little climbing up a limestone chimney, but there are plenty of handholds and footholds. 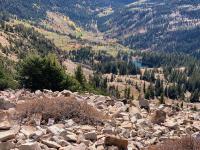 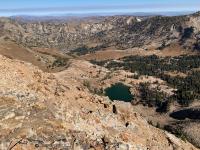 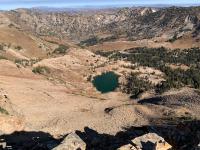 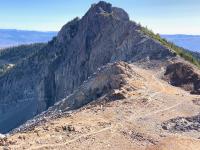 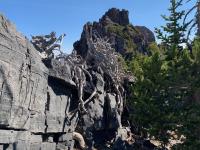 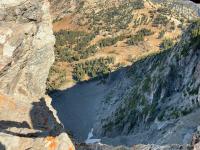 The rest of Devil’s Castle was impassable to me. You can see on my GPS track that I got stuck trying to get around this monolith:

I suspect that you have to drop a bit of elevation earlier on the trail (avoiding the ridgeline) in order to get below (to the right of in this photo) the rock. I may hike the ridge from the other direction to verify that sometime.

At this point I turned around and followed my track back to the saddle between Sugarloaf and Devil’s Castle.

The drop from the saddle into Cecret Lake was hard on my knees, but I was probably going faster than I should have. 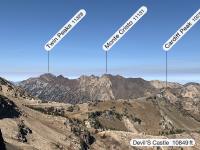 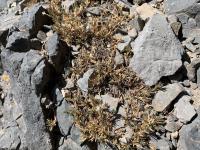 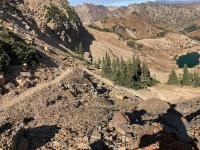 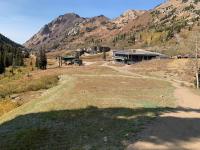